You are here: Home / Articles and Blogs / International Women’s Day 2012 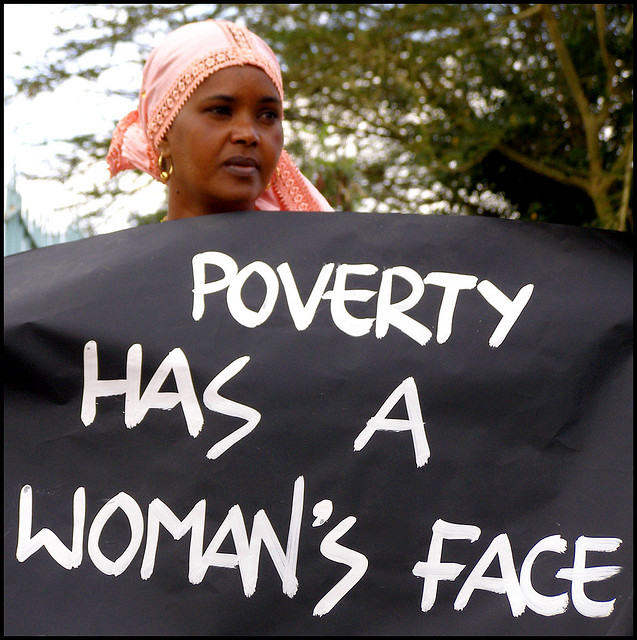 It’s International Women’s Day, and what better reason to remind ourselves of one of the most compelling reasons for Jubilee Scotland’s work – that women are disproportionally affected by unfair and unpayable debt. The most basic reason for this is simply that debt causes poverty, and women make up 70% of the world’s poor. But it goes further than this, too, because when governments are forced to make huge debt repayments, or introduce ‘austerity measures’ to qualify for debt relief, the services which are affected are those with a bigger impact on women. Here are just a few examples:

And all this is not even mentioning that fact that women – by virtue of having the ability to bear children – are going to be most affected by cuts in healthcare. Put simply, focussing on paying external debt rather than healthcare will mean more women die.

This is not just the case in poor countries. In Greece there have been reports of women in labour being turned away from hospitals because they cannot pay the necessary ?900 charge (equivalent to about 3 months rent). Even in Britain, where debt is being used as a reason to force through huge austerity measures, Ed Miliband called the plans “the biggest attack on women in a generation”.

As Yassine Fall, the eminent Senegalese economist has said: “the debt problem is a problem of economic justice because expenditure on debt service endangers women’s right to human development”. Whether we are talking about debt cancellation in the global south – in Uganda for example, debt cancellation has resulted in equal numbers of boys and girls attending school where before there were 20% fewer girls – or fighting against austerity measures closer to home, International Women’s Day is a chance to highlight the need for an economy based on equality.