You are here: Home / Articles and Blogs / Jubilee Scotland and Global Justice Now to protest outside Edinburgh banks 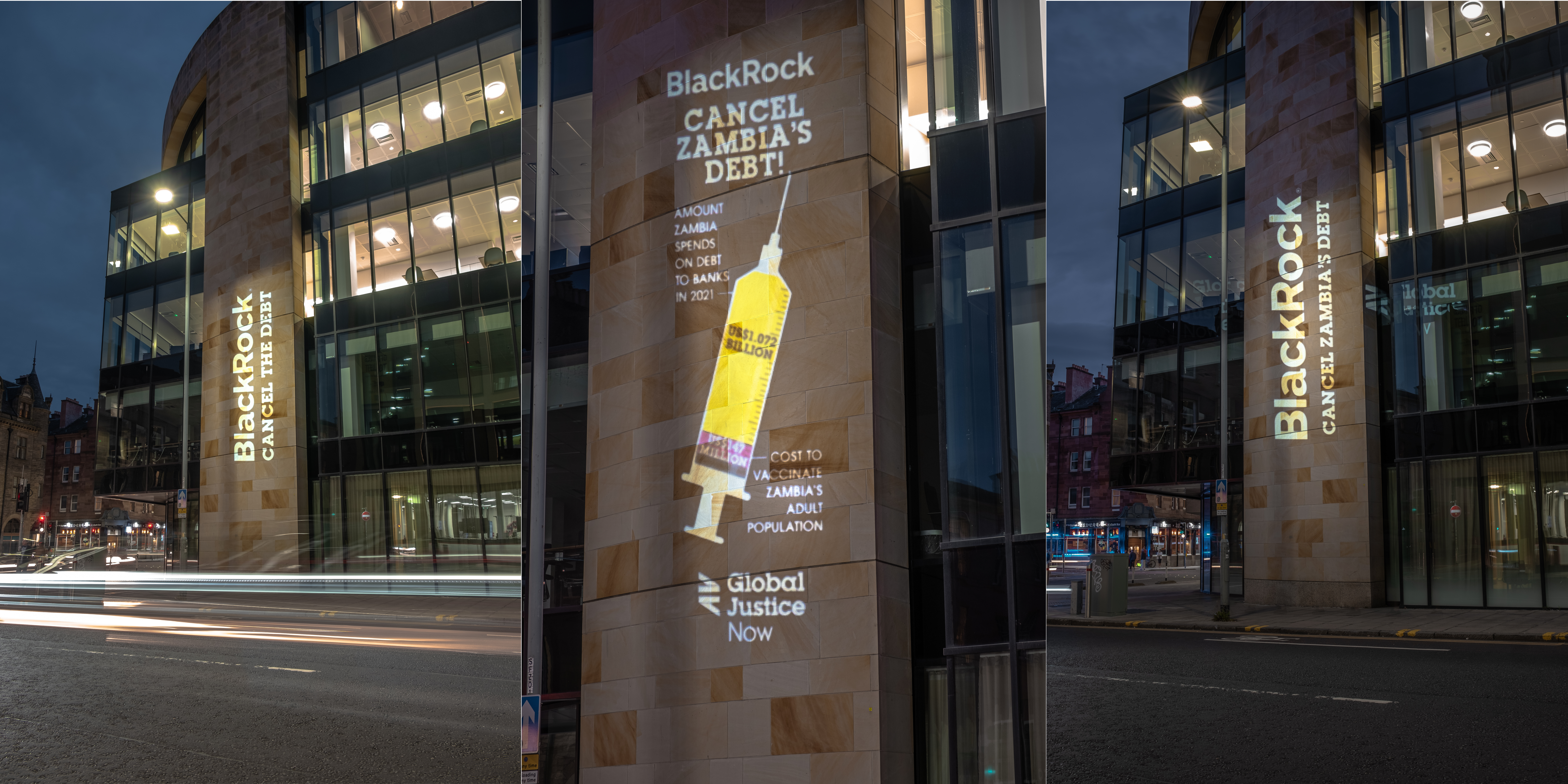 Zambia’s debt payments to private banks will render Scotland’s aid funding to the country “virtually insignificant”, campaigners warn, as they prepare to protest outside debt-holding banks in Edinburgh.

As one of the Scottish government’s four international development partner countries, Zambia has received £10 million from Scotland between 2017 and 2021 for projects helping healthcare, education and small-scale farming.

But Zambia’s annual debt repayments will total £1.34 billion this year, with £756 million going to private creditors, including banks in Scotland. The repayments to private banks alone amounts to more than 75 times the total aid funding Zambia receives from the Scottish government.

Zambia’s next interest instalment, totalling $20 million [£14.6million], is due on Monday. The sum could pay to vaccinate 14% of Zambia’s adult population. Currently, less than 2% of the country’s population is vaccinated.

The “eye-watering” sums illustrate the urgency of addressing global south debt and why campaigners want the Scottish government to pressure banks in Scotland to cancel Zambia’s crippling debt.

Protestors from Global Justice Now and Jubilee Scotland will bring a giant debt repayment cheque to the creditors’ offices, as well as a syringe comparing the proportion of Zambia’s funds being used to service debts to the cost of Covid-19 vaccinations in the country. Protestors will also hand in letters to the banks with their demands.

Banks often pile “crippling interest” on low-income countries’ debts, Global Justice Now says, “locking them in a never-ending cycle of payments”, which is harming Zambia’s ability to battle Covid-19 and respond to the climate crisis.

In March, David Malpass, President of the World Bank, called for G20 countries to do “much more” to force banks under their jurisdiction to participate in debt relief.

“Scotland should be proud of its partnership with Zambia. £10 million should make a significant contribution to building the country’s economy. But the sum is dwarfed by Zambia’s huge payments to private creditors – including banks based here in Scotland – servicing a grossly inflated national debt.

“Big banks often pile crippling interest on low-income countries’ debts, locking them in a never-ending cycle of payments that prevent investment in crucial infrastructure, education, and health services – and they haven’t let up during the pandemic.

“The Scottish public rightly want to stand with Zambia. But our aid funding is virtually insignificant compared to the eye-watering sums demanded by banks right here in Scotland. ”

“The World Bank has been clear that the G20 countries must do much more to force the banks under their jurisdiction to participate in debt relief. The Scottish government may not have the legislative power to force debt relief, but they can send banks a clear message.”

To take action alongside Jubilee Scotland, see here. Equally, you can donate or become a member!

For more information on Zambia, debt and Scotland, see:

The UK COP Presidency hasn’t ended yet, and here’s what we’re doing…

Here at Jubilee Scotland, we are determined to continue to put pressure on the Scottish Government and private creditors to offer some relief to Global South countries who are suffering at the hands of unjust debt. The UK’s COP Presidency continues until the end of 2022, meaning the Scottish Government’s role as an influential advocate likewise continues.