You are here: Home / Campaigns / Scotland Against Climate Debt

Climate Debt concerns the moral debt between developed countries and the countries and communities that suffer the most from climate change. The ongoing global pandemic has only exacerbated this divide and inundated those already debt-stressed countries with more loans.

While the World Bank and the International Monetary Fund (IMF) have provided initiatives to assist the fight against the COVID-19 pandemic financially, the International Institute of Environment and Development (IIED) note that this doesn’t “go far enough to maintain critical climate and nature spending in order to prevent future potentially catastrophic climate and nature-induced economic damage”.

Robert Buhr, Research Fellow at Imperial College London, noted that ‘what is needed going forward are a better set of policies, both national and international, that will help each country deal with the worst [of climate change]’. There are alternative routes to helping lower-income countries’ debt, such as replacing loans with finance grants or aid and of course, the cancellation of current unsustainable and unjust debts.

Climate debt needs to be recognised as the unavoidable topic  it is, and alternatives, like those mentioned, need to be considered and promptly implemented in order for global efforts to slow down climate change to be effective.

Jubilee Scotland’s Climate Debt Campaign aims to raise awareness of the injustice of climate debt and encourage the Scottish Government and Members of the Scottish Parliament to table alternative innovative solutions to Climate Debt as a matter of social justice, anchored by local priorities and voices.  Read our briefing to MSPs – which included concrete actions that we call on all MSPs to take in 2022.

Learn more about climate debt here and contact your local MSP asking that they acknowledge and raise this global problem during the UK’s COP Presidency.

Join us in spreading the word that without climate debt relief for those countries who are suffering the most, we are damning any global effort to protect the future of the planet and people. 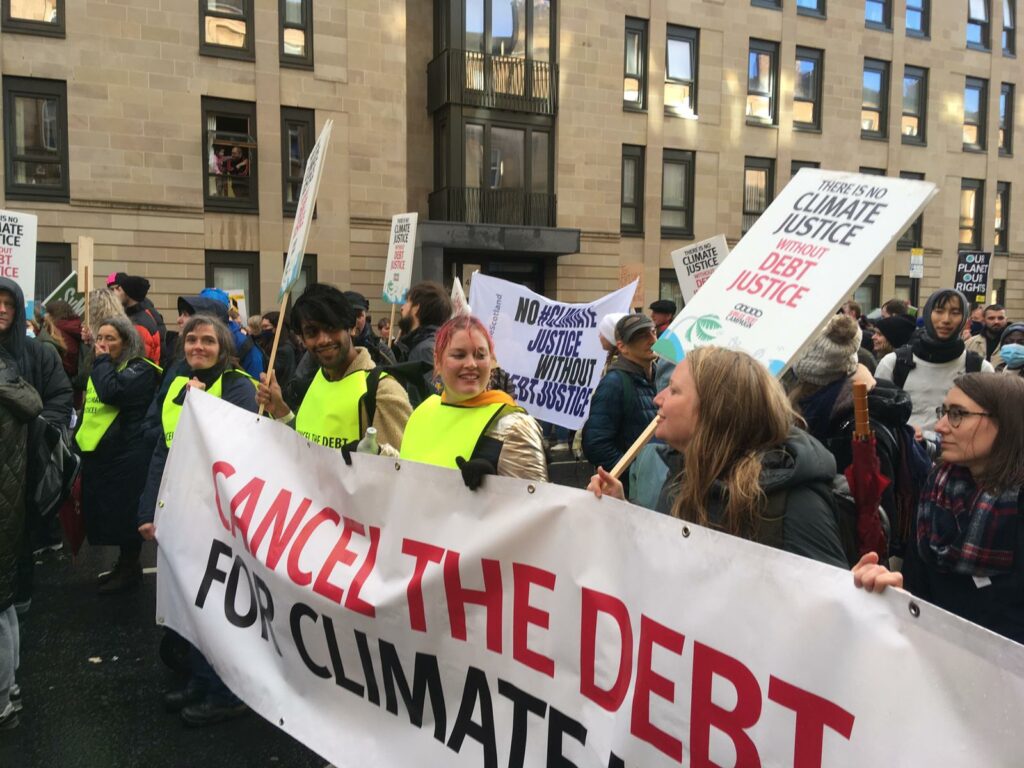