You are here: Home / Articles and Blogs / David Rudisha: Lesson In Humility Needed For UK Government 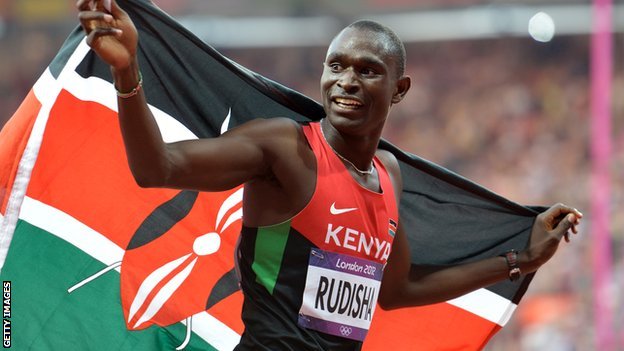 The Olympic and Commonwealth Games are times for heroes to be made. Commonwealth 800m favourite David Rudisha may not be the most recognisable athlete at these Games, but his exploits over the past few years have been nothing short of breath-taking.

His record-breaking exploits on the track are seen as a testament to both his father, an Olympic silver medallist in 1968, and his coach, Irish missionary Colm O’Connell. Notable supporters include Seb Coe, whom, after seeing him claim a gold medal at London 2012, described Rudisha’s race as “the most extraordinary piece of running I have probably ever seen”.

Arguably as impressive as his running style is his humble character, evident in almost any interview he does. Rudisha believes that his personality stems from being a member of the Maasai people: “[We are] very nice people, very jovial, very happy, very welcoming, very kind, very courageous… don’t like anyone who is a little bit crafty.”

It is clear when listening to the softly spoken Rudisha that he exhibits much of these qualities. On another occasion Rudisha exclaims “If Maasai say ‘yes’ it’s yes, if ‘no’ it’s no.” The Kenyan is the kind of person parents the world over encourage their children to be. Aiming to stay humble and avoid deception seem like entirely worthy values to cherish and uphold, no matter the situation.

And yet, less than 300 miles North of Rudisha’s hometown of Kilgoris, these values are entirely lacking. Here lies the Turkwel Hydroelectric Power Plant; built in the 1980s with assistance from various British companies, it has been described as the ‘whitest of white elephants’ by the Kenyan press.

The British government department, UK Export Finance (UKEF), underwrote the project meaning that all British companies involved were guaranteed to be paid even if things ‘went bad’. This means that even if a UKEF-backed project does not actually benefit the host country at all, the cost of supporting the British company is then treated as debt owed by the foreign government to the UK.

The Turkwel dam project did indeed end up ‘going bad’, being controversially built in an earthquake zone and in an area which regularly suffers from drought. It ended up costing four times as much as it should have, and now produces only half the power as had been promised.

For the British companies involved, arrogance and deception were at the heart of the project. UKEF’s support meant that the companies would be paid regardless of quality. The positive effects of the project never materialised because, in truth, the dam’s location, cost, and energy potential weren’t particularly relevant for the companies’ profits.

Bearing all the hallmarks of the British Empire, as long as UK companies can invest it seems the consequences for the other country are not important. Indeed, despite the awful results for the local people, the Kenyan government were left to bear the costs of the dam. The colonial-style lending practices of the UK are nothing if not deceptive.

The next time we enjoy hearing a David Rudisha interview it is worth remembering that his sincerity and integrity are values we all treasure. Whilst the Maasai would undoubtedly disprove of the UK Government’s Export Finance department, we must now show that we also will not tolerate such exploitation.